or make 4 interest-free payments of $84.75 NZD fortnightly with 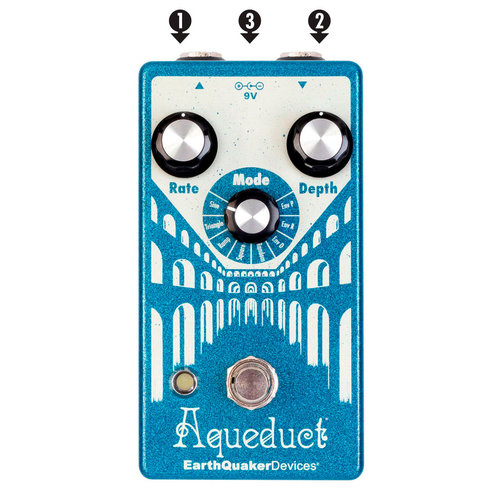 The controls are simple. Rate (1) adjusts the LFO speed which controls how quickly the pitch rises and falls. Depth (2) controls the LFO amplitude, adjusting the intensity of the vibrato effect. The rotary switch labeled Mode (3) selects between one of eight LFO waveshape and envelope combinations which drastically alter the character of the modulation and make Aqueduct adaptable to nearly any musical situation.

Be the first to review this product.

NZ $389.00
Grand Orbiter V2 This is the new version of the grand orbiter Here is what makes it different: - Smaller footprint. - Added LFO kill mode so you can use the Orbiter as a fixed resonant filter. -...
Buy Now
Buy Now
Catalinbread